J.L Carr’s A Month in the Country

Bill already gave this short novel by J.L. Carr the perfect short review, so there is not much I can add.  Makes you want to learn the names of plants and also become an art restorer, in your spare time.  If you like it, try Alan Garner, whose Stone Quartet chisels away at a similar vein.  George Worsley Adamson illustrated at least one of J.L. Carr’s book covers, and also illustrated a couple children’s novels of Alan Garner.  Others (well, a few) active on the web have drawn similar comparison:

I felt an acute mixture of nostalgia, sadness and glee as I read these four linked novellas. The only book I have read in recent years that has given me a similar feeling in this particular mode was A Month in the Country by J.L. Carr.

In 1986 Carr was interviewed by Vogue magazine and, as a writer of dictionaries, was asked for a dictionary definition of himself. He answered: “James Lloyd Carr, a back-bedroom publisher of large maps and small books who, in old age, unexpectedly wrote six novels which, although highly thought of by a small band of literary supporters and by himself, were properly disregarded by the Literary World”.

And Carr’s map of Yorkshire: 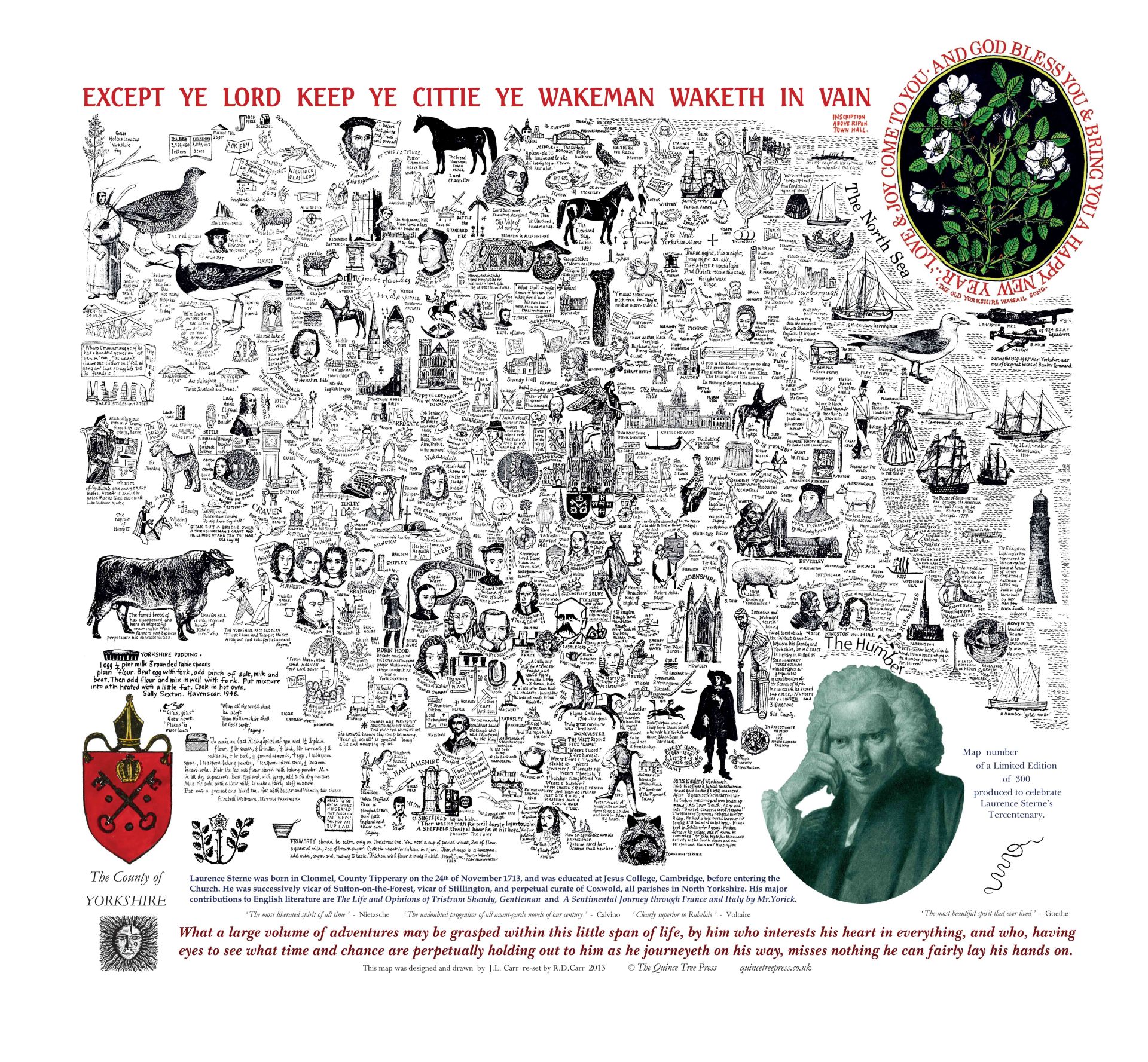 Economist at Santa Clara University and Director of Friends of African Village Libraries.
View all posts by mkevane →
This entry was posted in Book and film reviews. Bookmark the permalink.
Slate Afrique
EverythinLiterature
Accra books and things